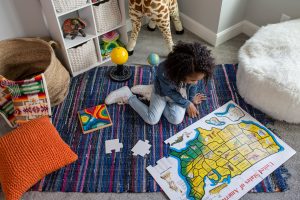 I have remarked many times that our children have become so dependent on their phones, that to see young people without one in their hand is rare. And yet, are adults at this point, any better? And it is not the dependence so much in terms of convenience that most concerns me, but rather that it has become a tool to avoid boredom. It is in times of stillness that we can really see how the dependence on our phones is affecting us.

In a recent Clear and Vivid podcast with Alan Alda, he has a conversation with Sherry Turkle, an MIT professor and clinical psychologist. Entitled “Sherry Turkle on How We’re Losing Touch with One Another and What We Can Do,” they explore concerns about mobile technology and the effect that cell phones have on our ability to communicate and connect with one another.

Sherry says, “This is something we need to get control over. In fact, to give it to children as the go-to object so that they don’t develop the capacity for boredom, but instead run to their phones…that is a real danger.”

Alan and Sherry go on to have an interesting conversation about the usefulness of boredom; how it allows us to access a creative element of our brain, granting us to get to know ourselves at a level that is intrinsically tied to our personalities and to our ability to use imagination. Sherry adds, “If you don’t teach your children to be alone, they’ll only know how to be lonely.”

Perhaps there is a real value in setting limits to cell phone use during quiet times; not only for our kids but for ourselves as well. Pull out a board game, sit down with a story book, do a puzzle, encourage quiet play time; getting back to the notion that being bored is okay.

To listen to the full podcast: https://www.stitcher.com/podcast/clear-vivid-with-alan-alda/e/58997235

Liked this post? Consider subscribing so as to not miss any daily advice!