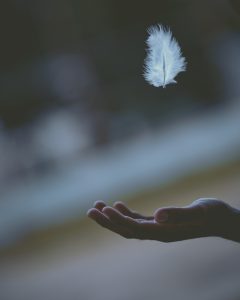 In a recent podcast Clear and Vivid with Alan Alda entitled “Christian Picciolini on Escaping the Neo-Nazi Movement and Helping Others Leave it Behind,” Picciolini speaks of his desire to leave the movement even though he was a leader of a group at the time. He recalls opening up a record store as a way to distance himself from the group, and it was the compassion of his customers, many of whom were Jewish and African-American, who helped him realize his full potential:

“Once I started to talk myself out of the bravado, I started to be real with them and over time, it was really their compassion and empathy for me, (that they showed me when I least deserved it) that was the most powerful, trans-formative experience for me. I always say that hatred is born of ignorance, fear is it’s father and isolation is it’s mother. I had been afraid of these people, I hated them because I had never met them, but when I did, I realized that we had more similarities than differences and that the differences were the beautiful things: the language, the food, the music, the culture. It was really their ability to filter out the noise of what I was saying and listen to the words that helped them recognize that I was lonely; that I felt I was capable but didn’t feel respected, and all of those things, including the (childhood) abandonment, pushed me to a place where the only people that would accept me were these bad guys.”

Compassion, empathy and kindness can go a long way in understanding the lives of others; I once again defer to story, as it is in our own story that we will find ourselves pulled to be tender to both our self and others, creating the space for benevolence and grace.

To listen to the full podcast: http://www.aldacommunicationtraining.com/podcast/christian-picciolini-escaping-neo-nazi-movement-helping-others-leave-behind/

If you liked this post, consider subscribing. Daily advice will be delivered to your inbox; creating an anchor to your day.