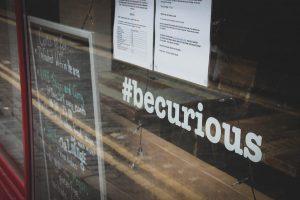 This is often a question that comes into therapy when a client is trying to make sense of something. A few years ago, a woman in her early fifties sought therapy for a work issue; having been employed at the same place for close to 27 years, she had recently taken stress leave due to a “bully-like boss.”  Although she had had her fair share of managers in her work history, this one was clearly taking a toll on her, as she described feeling undermined and questioned on every task throughout her day. She noted that the relationship began in an amicable and friendly manner, but somewhere along the line it changed, and she now felt anxious, insecure and quite frankly, “a wreck.”

As always, we begin with her story. I wanted to hear about her work history, the ins and outs of her position, her accomplishments and the times in her career where she may have faltered. I also wanted to explore the relationship she had with her current manager, from beginning to now. I asked questions about how her boss interacted with the other employees, who was on her good side and who had fallen out of her good graces and why. We explored the client’s current symptoms and how she felt at home versus at work; and if she felt any relief from her symptoms now that she was on stress leave. I suspected that what she was dealing with was a micro-manager type boss with aggressive tendencies, and it was important for me that the client see her from an objective light.

It took about seven or eight sessions for this client to get a better understanding of what was happening for her and what decisions she needed to make. Three years from retirement and a full pension prompted her to want to return and we needed her to be in the driver’s seat. Although a good portion of therapy was in preparing her to return to work, the first step was for her to fully understand that this “was not about her.” Although it certainly felt personal, it was, in fact not, and she was carrying more than she needed to. Her abilities and strengths at work were still in tact, she was a valuable employee; she had simply lost her confidence.

If something doesn’t make sense, we often need to ask ourselves, “How much of this is about me?” If you can’t find an answer, it becomes important to consciously decide to carry only what’s yours. When we are able to lighten our load through objectivity, we feel more like ourselves and are better prepared to deal with what comes our way. 🙂