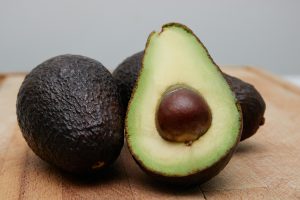 Serotonin is the hormone that is responsible for stabilizing our mood. It produces feelings of well-being and happiness, and helps to regulate sleep and digestion. And 90% of its receptors are located in the gut. Because of this fact, serotonin plays a vital role between your brain and your gut health. As a result, researchers have begun examining inflammation and its link to the symptoms of depression.

In order to naturally boost serotonin, and thereby reducing inflammation, we can:

By incorporating some of these natural ways to boost serotonin, we are supporting a healthy mind body connection by taking good care of our gut. Sounds like a good plan to me. 🙂 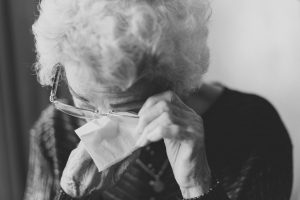 When we have a good cry, we generally feel better. In an article entitled “8 Benefits of Crying: Why it’s good to shed a few tears” by Lana Burgess and featured on MedicalNewsToday, we get a backing up with science as to why crying is good for us. A few points that resonated:

Although we have often been taught that crying is a sign of weakness, we can begin to recognize and appreciate the therapeutic role of shedding tears. Shared tears can also lend ourselves to greater experiences of bonding as we often feel comforted when others share our pain. And crying in therapy is nothing we ever need to apologize for – as a client recently said to me “If you’re peeling the onion, you can expect to cry.”

To read the article cited above: https://www.medicalnewstoday.com/articles/319631#benefits-of-crying 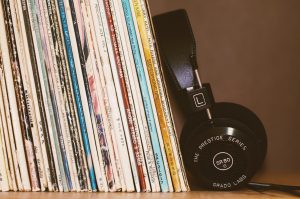 Putting on my ‘dance music’ play list is a must when I clean the house; ‘Jazz’ when I am cooking in the kitchen, and ‘Good Mood Music’ when on a road trip. We can all attest to the powerful effect that music has on us – it can uplift us when we are feeling blue, it can accompany us through our daily tasks, it has the ability to relax us.

In a recent article entitled “Music takes 13 minutes to ‘release sadness’ and 9 to make you happy, according to new study” by Helena Asprou and featured on Classic fm, we read about a study that was conducted at the British Academy of Sound Therapy (BAST), in which participants noted that the use of music helped them to relax, to feel happier, to process sad feelings and to concentrate. I quote:

“The best music for relaxation had a slow tempo, simple melody and no lyrics, with an optimum listening time of 13 minutes – and many benefits were reported, including ‘decreased muscle tension, negative thoughts disappearing, feeling peaceful and contented and being able to sleep better. Meanwhile, only nine minutes of music (mostly songs with a driving rhythm, fast tempo and positive lyrical content) is required to make people feel uplifted. An impressive 89 percent had improved energy levels, 65 percent laughed more and others felt more in control of their lives or able to ‘take on anything’ – an encouraging result for medical professionals looking for new ways to treat patients with mental health conditions, such as anxiety and depression.”

We most likely can all confirm that we have experience with music that echoes this study’s results. This article is a lovely reminder that in order to allow music to work its magic on our emotional health, we have to consciously use it; making sure our playlists are full and we have built them into our daily routine. 🙂

To read the full article (they include a lovely summarized chart): https://www.classicfm.com/music-news/music-to-release-sadness-and-feel-happier-study/ 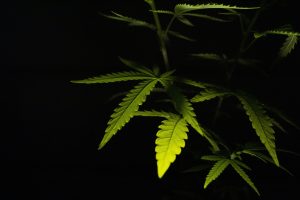 I often sit with young people in my office who are quick to point out the positive effects of smoking pot. Pretty mired in their opinion, my caution to them always comes with amount of use. Smoking pot socially looks a whole lot different than smoking it in a chronic way; any time that we are relying on an outside substance to manage our emotional health, we move to dysfunction and not to growth.

In an article entitled “Halifax researcher studies how cannabis affects brain function in young adults” by Aly Thomson and featured on CBC News, we meet Dr. Philip Tibbo, a professor of psychiatry, who is conducting a study with researchers at Western University in London, Ont. It involves 180 people in both provinces between 18-35 who use cannabis to varying degrees.

Tibbo remarks “Each area of the brain doesn’t work independently — it’s all interacting. It’s very complex. If you have more dysfunctional connections, the brain is not working the way that it should be.”

“What I usually say clinically is if you’re going to be smoking, you’re doing it because it’s supposed to be a pleasurable experience,” he said.
“But if you’re smoking pot and you’re getting a bit more paranoid, or you’re feeling a little bit more sketchy, well then perhaps there’s some vulnerability there to have negative outcomes, and is that because of the effects of cannabis on your brain white matter? He said he hopes the study will eventually arm adolescents and young adults with more information to make informed decisions about cannabis use.”

In a similar article entitled “Your brain on cannabis: Halifax researcher probes effects on white matter, behaviour” by John McPhee and featured on The Telegram, Tibbo (who treats teenagers and young adults with significant psychiatric disorders such as early phase psychosis) notes:

“I figure about 80 per cent of my patients have some exposure to cannabis; actually about 25 to 35 per cent would meet criteria for a cannabis use disorder, which can have very significant negative outcomes on their mental health.”

Bottom line? When smoking pot, it is best to proceed with caution.

To read the first article: https://www.cbc.ca/news/canada/nova-scotia/halifax-dalhousie-researcher-cannabis-brain-function-1.5457140

To read the second article: https://www.thetelegram.com/news/canada/your-brain-on-cannabis-halifax-researcher-probes-effects-on-white-matter-behaviour-408888/ 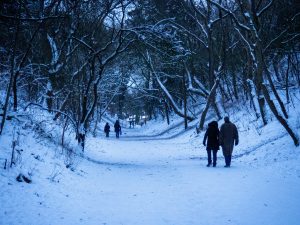 I have written similar posts to this one about the benefits of walking – but it bears repeating. In an article entitled “15 Minutes of Walking on a Daily Basis Can Change Your Body Drastically” by Sue Peckham and featured on “12 Weeks to Wow,” we read:

“Exercise buys you three to seven additional years of life. It is an antidepressant, it improves cognitive function, and there is now evidence that it may retard the onset of dementia.” – Sanjay Sharma, professor of inherited cardiac diseases in sports cardiology at St. George’s University Hospitals NHS Foundation Trust in London.

In addition to listing health benefits, the article included benefits related to our emotional health:

Although walking at a fair pace is probably the most beneficial, sometimes our mobility issues or chronic pain tends to impede the process. Walking at your own pace or at what you can handle will still prove to be beneficial; especially if you can get outside in nature. Two natural mood boosters, rolled into one 🙂

To read the full article: https://12weekstowow.co.uk/blog/15-minutes-of-walking-on-a-daily-basis-can-change-your-body-drastically/ 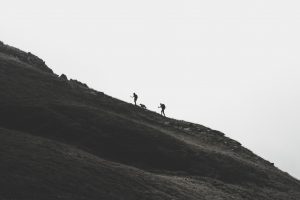 In an article entitled “Chronic pain can change the way your brain processes emotion, scientists find” by Sophie Scott and Mary Lloyd and featured on ABCNews, we read about a group of Australian researchers who have made an interesting discovery between chronic pain and compromised emotional processing:

“Associate professor Sylvia Gustin, found patients with chronic pain had lower levels of a substance called glutamate, a key chemical messenger between brain cells that helps regulate emotion. “[It] means their brain cells can no longer communicate properly and therefore their ability to process positive emotion is jeopardised,” Gustin said.”

The report goes on to say: “As a result, people in chronic pain can have personality changes where they are “prone to feeling tired, unmotivated and constantly worrying on a daily basis”, she said. Researchers found the greater the decrease in glutamate, the more chronic pain sufferers showed fearfulness, pessimism, fatigue, and sensitivity to criticism.”

People who live with chronic pain often report having a comorbid condition such as depression and/or anxiety. It would stand to reason given that living with chronic pain puts your body and mind in the automatic position of trying to manage pain symptoms. Chronic pain also puts you in a state of limbo, as those who suffer from it never know on a daily basis if they will be able to carry out their planned activities.

Although the article goes on to mention that there are no medications that target reduced levels of glutamate in the brain, there is hope that programs can be developed in the future to address these issues for chronic pain sufferers. Often, just knowing that there could be a physical reason for emotional difficulties can relieve the guilt one experiences for having these feelings.

Chronic pain sufferers can begin managing symptoms by fostering a function centered life and talking to their GP about pain management. 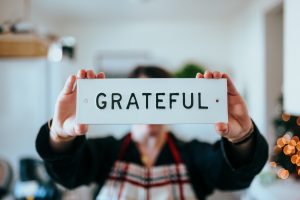 In an article entitled “Neuroscience Reveals: Gratitude Literally Rewires Your Brain to be Happier” featured on DailyHealthPost, we read about how the effects of actively being thankful can benefit us. Here are some research findings (paraphrased):

By consciously increasing our levels of gratitude we can increase our overall sense of well-being. The act of being thankful also tends to increase our ability to be open minded, as the focus naturally creates a direct path to our feel good emotions.

To read the full article: https://dailyhealthpost.com/gratitude-rewires-brain-happier/ 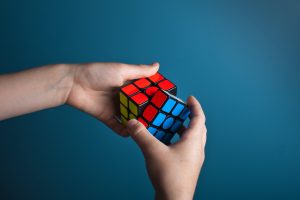 In our last on a series about the right and left hemispheres of our brain, we look at how to keep our minds sharp. As we discovered in the last two posts, the two sides work together to help us process information. Here are some ways to keep the right and left sides working at their best:

When we know and appreciate the ways that our brain works, we can actively promote the formation of new brain cells and pathways that keep our minds in good shape. 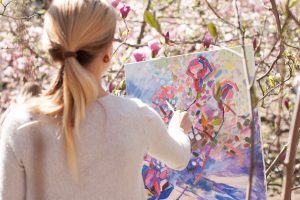 Yesterday’s post explored the different functions of the left and right brain. Although we can often imagine that they work independently of each other, they work together. Here are some examples of how both sides of the brain tend to contribute to our understanding and processing:

Understanding that our left and right brain work together can help us to have a greater appreciation for the complexity of the brain and how it works towards creating optimal functioning. Tomorrow’s post will look at tips to keeping our brain active and sharp. 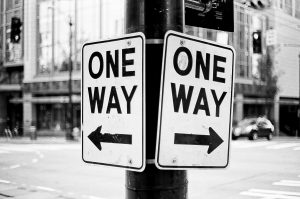 The human brain is divided into two halves or hemispheres with each hemisphere being responsible for certain functions. Although they can sometimes seem as though they work independently of each other, they in fact, do work together and are bound by a bridge of fibers called the corpus callosum.

Today’s post will look at some of the different functions that each side tends to be responsible for:

Although it was often thought that we tended to have a dominant side of our brain, it has been shown that there is no true relevance to this theory. Tomorrow’s post will look at how the two sides of the brain work together to create optimal functioning.

Subscribe to Receive our Daily Blog Posts by Email

The Beauty of Today is made available by Counselwise for educational purposes and is not intended as a substitute for therapy. Please seek professional help if you find yourself struggling to manage symptoms.