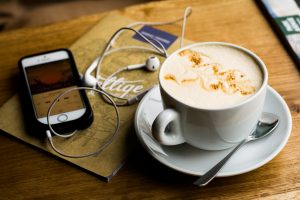 I grew up watching The Cosby Show with Bill Cosby as ‘America’s Dad.’ When accusations first came out against him, it was hard to believe they could be true – the evidence; however, was determined to reveal who Cosby really was.

The podcast “Chasing Cosby” hosted by journalist Nicki Weisensee Egan, is an account from the very beginning, when Canadian woman, Andrea Constand spoke up against Cosby – it is a story of charges dismissed, to a civil suit, to criminal trial followed by a mistrial, to a final trial where 12 jurors found him guilty. Eventually, over 60 women came forward with similar details to Andrea’s.

In Episode 6 entitled “Nobody is Against the Law,” Andrea hears that the mistrial is going to be followed up immediately by application by the D.A. for a second criminal trial. Andrea notes:

“As any person going to battle, any warrior, we had been on a journey for so long. It was uncomfortable, but things in life aren’t always comfortable and sometimes you become a better person by doing uncomfortable things. I was ready.”

Chasing Cosby is a podcast that uncovers the shame associated with sexual assault, the victim blaming that society tolerates, and how a power differential can allow someone to groom and deceive.

To listen to Episode 6: https://www.stitcher.com/podcast/chasing-cosby/e/67257072?autoplay=true

To begin at Episode 1: https://www.stitcher.com/podcast/los-angeles-times-la-times-studios/chasing-cosby/e/66605245