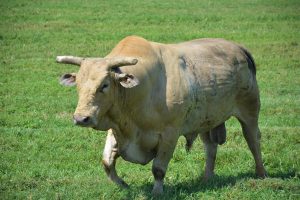 When we feel passionate about something, our emotions can run high. When we feel hurt by something our partner does, we can get pretty steamed. When our teenager acts disrespectfully towards us, we can see red. Natural response? Absolutely. But how do we want to react to these intense emotions?

I worked with a man a few years back who sought counselling due to his short temper. A 34 year old father of a 4 year old and 2 year old, he came in after having realized that his 4 year old was now yelling and swearing at his little brother, just like ‘dad.’ We did some exploring as to what was happening for him when his temper peaked; what his biggest triggers were and how anger, at the time, seemed like the only answer….”Well, they sure listen when you yell.”

I also asked him what he learned about anger growing up and how anger was expressed in his own household. It would seem that much of his own lessons about anger were learned from his father, who “had a quick temper and a fast backhand.” Although the man in my office felt he had improved in his own parenting for never physically touching his boys, he had begun to realize that his yelling and swearing were producing the same feelings in his children as they had for him; fear and mistrust.

He experienced some “aha moments” in therapy; followed by news ways of coping with anger and some strategies for change. He came in for our last session, sharing with me his own understanding of anger:

“I now know that a charging bull is not going to be satisfied until it hits something. My job with those boys and my wife is to check myself at the gate.” That, it would seem, is pretty good advice 🙂

1 thought on “Check Yourself at the Gate”