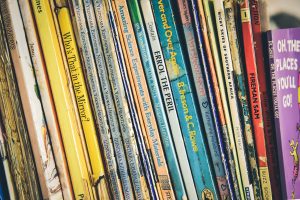 Jessica Love is the author and illustrator of “Julian is a Mermaid,” a children’s book about a gender-questioning child who finds acceptance from his grandmother. In PinkNews‘s article “Trans Kids’ book ‘Julian is a Mermaid’ is winning hearts and awards” by Josh Jackman, we read about Jessica’s labour of love.

Love notes that she wrote the book based on some conversations she had with a friend who transitioned in his 50’s due to pushback he had as a child when questioning his gender. She chose to feature mermaids as they have become symbolic to transgender people and their allies.

‘Julian is a Mermaid’ has won the 2019 Stonewall Book Award and has been nominated for the Waterstones Children’s Book Prize.

Having this book in our children’s library promotes an open and inclusive attitude; it also allows any child who might be gender-questioning the opportunity to feel accepted and validated.

To read the full article: https://www.pinknews.co.uk/2019/02/17/trans-kids-book-julian-is-a-mermaid-awards/