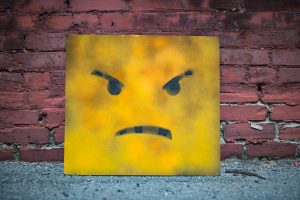 There was a time in psychology, where the idea was that if we vented our anger, it would be cathartic. Punching pillows while screaming, couples being guided in therapy to hitting each other with foam noodles , a ‘timed’ argument where you could angrily vent everything that made you cross about the person in front of you. It was believed that anger needed to be expressed, and doing so would create a cathartic release. Does this actually work?

Anger is an emotion that elicits a physiological response; it releases hormones that will elevate our blood pressure and cause constriction in our digestive tract, causing arousal – in short, we are primed for a fight.  Anger is also a very common and frequently felt response – think about how many times in a day we may feel frustrated or irritated at something or someone.

Dr. Carol Travis, a social psychologist, and author of the book “Anger, the Misunderstood Emotion,” has this to say about venting anger – “The venting out of anger doesn’t reduce it, it rehearses it. People who are most prone to give vent to their rage get angrier, not less angry.”

When we are venting anger, we are automatically eliciting an angry response in the other person; this will lead to an escalation of anger, not a release. We are much better served to keep our anger in check; to recognize when it is rising and to take a time out in order to process it. Taking a few deep breaths and asking ourselves how we best want to deal with this situation will do more for processing the anger than attempting to vent it.

2 thoughts on “Does Venting Anger Work?”