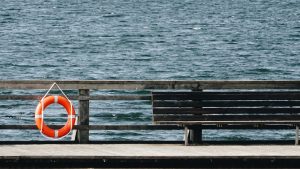 Moving right along in our discussion about “The Drama Triangle” by Stephen Karpman, M.D., today we look at the role of the Rescuer. There is a fine line between supporting someone and saving them; and when we go into rescue mode, we have moved into a need to save. This need is about us, and feels quite personal; often times it will eventually work itself into some built-up resentment when we realize that the person we are trying to help is either not taking our advice or continues to loop through the same self-defeating behaviours. If you have a parent who tends to be a rescuer, they are often seen as a “marshmallow parent” because of their inclination to be too soft (this is where enabling often plays a role.)  The message that gets sent when in rescue mode is “Let me help you,” which can seem quite fundamental, but in reality we need to be able to help ourselves in order to get our problems solved.

The Persecutor, Victim and Rescuer make up the Drama Triangle, and each play their own destructive role in the conflict; needing each other in order to fulfill a subversive feedback loop. When we find ourselves pulled into drama (and often times it creeps up on us!) it is at this point that we can make a conscious decision to get ourselves out of the triangle; tomorrow we will look at how to move towards a healthier place.