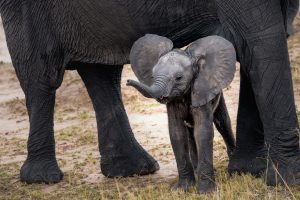 One of my favourite quotes that I use in therapy comes from the movie Dumbo, featuring the lovable, Disney character born with larger-than-life ears. Having been mercilessly teased for his big ears, he has learned to dislike his appearance and his growing lack of self-worth reinforces what becomes a self-fulfilling prophecy; Dumbo begins to feel and act as a bumbling, useless elephant who can’t get anything right. Eventually separated from his mother, he befriends a mouse who helps him to accept himself as he is; advising Dumbo that “the very things that held you down are going to carry you up.”

The themes in this 1941 movie are still relevant to our own understanding of the often long-lasting negative effects of the experiences we may have had as a child. Ingrained as part of our inner self, we begin to feel certain of these core beliefs, and in turn we carry the torch and inadvertently contribute to their reinforcement, bringing them into our adult lives. It is only through our own self-exploration and challenge of these core beliefs; in asking ourselves “whose voice am I actually listening to?” and “does it have to be this way?” that we can begin to wear away at those schemas.

It took Dumbo a bit of fumbling for sure and he had to have both faith and support to push past his lack of self-worth, but he eventually learned that the very things that were holding him down, indeed carried him up. He was able to push past his fears, challenge his belief that he was just a useless elephant and he saved the day when his larger-than-life ears allowed him to fly.