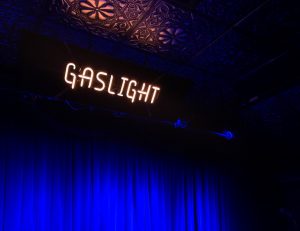 The definition of gaslighting is: to manipulate someone by psychological means into questioning their own sanity. Essentially, it is a rewriting of events to convince someone they happened a certain way.

The term comes from  a 1938 stage play called Gaslight (and two film adaptations), in which a husband attempts to convince his wife of her own insanity by dimming the lights in their home (powered by gas), then denies that the lights change when the wife asks him about them. This was just a number of tricks he used in order to have her question her own perceptions.

As you can deduce from this definition, gaslighting is a form of emotional abuse and a way to gain control in the relationship. It includes these characteristics:

Gaslighting, as with everything, can happen on a continuum. As with all forms of abusive behaviour, professional help is needed – in order to change it (if acknowledged and wishing it to change) or to gain the strength to leave the relationship.