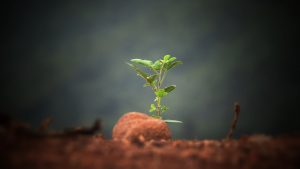 When we think about our ability to best support our emotional health, we can reflect upon our mindset. Based on the work by Dr. Carol Dweck, we learn that when we have a fixed mindset, we tend to believe that our character, personality and intelligence are innate and static, whereas when we have a growth mindset, we believe that those same qualities can be continuously developed.

People with a fixed mindset tend to be self-critical and will avoid challenges. A fixed mindset will often lead to giving up easily, as success becomes attributed to the belief that “either you have it or you don’t.” A growth mindset tends to lend itself to greater flexibility, with belief that effort builds mastery; the brain is capable of continued growth and that persistence and accepting challenges will create stepping stones to success.

It would appear that the type of mindset we ascribe to most likely comes from variables such as what we were taught about agency growing up, both through learned behaviours and experiences. It would also seem that our level of self-esteem most likely contributes to our overall mindset.

Having a growth mindset is a worthwhile goal; it allows us to create space for other people’s viewpoints, accepting constructive criticism, and having faith that we can move through challenges in our lives.

Tomorrow’s post will provide some tips as to how to increase a growth mind set.

1 thought on “What is a Growth Mindset and Why Do We Need it?”