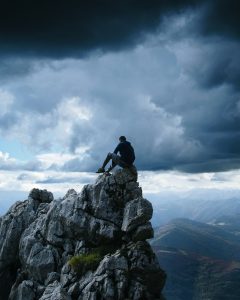 I have just read the most fascinating article and one that depicts a very honest look at how it feels to live with PTSD in the wake of trauma.

“A Stranger Came Home: Life in PTSD’s Angry Shadow” is written by Yvette Brend; she writes about her experience of what her family’s life has been like before and after PTSD. Married to Curt Petrovic, Yvette writes about his return from covering the typhoon in the Philippines in 2013:

“The Curt who returned was wounded. His ability to feel joy and connect with other humans, stripped away. For months, he was only able to sit, stare, exist in a drugged state. Prescription drugs prevented suicide at best. Then began the arduous journey to try to recover who he was — spanning five therapists, two marathons, drugs, experimental psychedelic treatments and endless guitar playing. Watching him battle this beast — these cruel echoes of trauma in his nervous system — I’ve come to know PTSD.”

Yvette speaks of the family’s attempts to avoid Curt’s fury, their isolated existence from others due to the changes in Curt’s demeanor, and what has helped both herself and him to cope with such a devastating mental illness. I quote, “PTSD rewires your brain, in some measure, forever. You can get help coping and work to build new neural pathways, but it takes time, science, help — and a painful struggle through panic, pain, flashbacks, anger and depression.”

A fascinating article. Read it at: https://www.cbc.ca/firsthand/blog/a-stranger-came-home-life-in-ptsds-angry-shadow

Watch the documentary at: https://www.cbc.ca/firsthand/episodes/lost-on-arrival-me-the-mounties-ptsd

1 thought on “Living in the Wake of Trauma: PTSD”