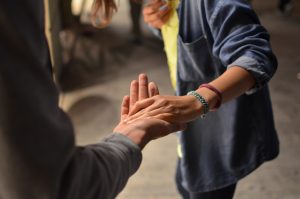 One of the common themes that has arisen out of the isolating effects of Covid-19 is what appears to be an increase in symptoms of depression. Interestingly enough, an exploration into the effects of loneliness often gets people wondering if they are in fact depressed, lonely, or a bit of both.

I will always remember having to battle the loneliness blues my first year of being separated. Although I had decided to not date anyone for a year so as to concentrate on healing myself and my children, I began to notice when the blues would begin to settle in. Weekends now became time to fill and I began to notice that if I had had a quiet evening Friday, followed by a quiet day on Saturday….by 4:00 pm I was beginning to feel down. Armed with this awareness, I began to build my time instead of try to fill it. Sometimes it would be a spontaneous phone call to a friend to see what they were up to, other times, I would have planned to attend an event with someone. The summer of 2013, I think my sister and I visited music events at every fair in the county!

It was clear to me that my blues were not depression but rather loneliness as it would be alleviated the moment I connected with someone. Being around another person, laughing, chatting, enjoying a meal or an event together brought back the energy I needed.

We are better served to ask ourselves the question, “Am I feeling lonely or depressed?” so as to move forward accordingly. Even in the trying times of continued lockdowns we have the ability to connect with others, albeit in the most inventive of ways. As John Joseph Powell has said:

of another loving, caring human being.” – John Joseph Powell

1 thought on “Lonely or Depressed?”