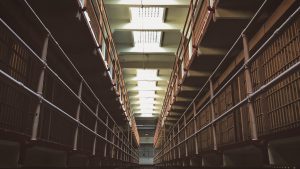 I regularly listen to a podcast called Ear Hustle. It is based out of San Quentin and gives the listener a glimpse into the daily realities of life in prison. In their latest episode entitled “Tell Christy I Love Her,” we meet Tom, a police officer, his wife, Christy and an offender, Jason, who is serving 19 years in prison for shooting Tom in a violent encounter in 1997.

Jason, a 17 year old gang member in 1997, mistrusted the police from an early age. After being pursued on foot by Tom, the encounter turned violent when Jason shot Tom in the neck. Jason was found guilty and sentenced; Tom and his wife were left to try and heal from a traumatic and life changing event.

When Tom attended a parole board meeting to ask that Jason not be granted parole,  he noticed and heard some things about Jason that he wasn’t expecting. And so began a journey into trying to understand what happened.

Through a restorative justice project, and what is named the Victim-Offender dialogue, victims and their offenders have the opportunity to write to each other through a mediator. There are times when they are also given the opportunity to meet. This is what Christy had to say upon watching Tom meet Jason for the first time:

This was an absolute lovely story to hear about; rich in detail with the opportunity to listen to all of them tell their story. It is worth your time to listen to it: https://www.stitcher.com/podcast/ear-hustle/e/64629111?autoplay=true