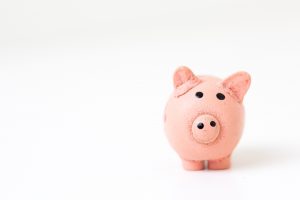 My father taught us a lot about money. He was a saver and saw the value of living debt free. In fact, I have a very vivid memory of my parents ceremoniously burning their mortgage papers in the fireplace once they had successfully paid off their mortgage. For a good chunk of my childhood, our mom stayed home, making our dad the sole breadwinner and therefore the decision maker of money.

It was only when I was older did I realize that much of my father’s decisions surrounding money were actually driven by fear. He had grown up very poor, with an alcoholic father. It would seem that he learned very early on that having money in the bank was imperative to safety. I suppose that served him well in many ways, and yet we all knew that the decisions he made were the final word, not much wiggle room when it came to other variables that might play a factor in the overall decision where money was concerned.

We have many assumptions about money and we see examples everyday of how money influences how people treat us. And although it should be fairly simple math when it comes to managing money, it often isn’t. And that is because money is also about emotions.

In this upcoming series about money and emotions, we will begin to look at the money scripts that often come to us from childhood. Developed by Dr. Bradley Klontz and Dr. Ted Klontz, the concept of a money script is a generational passing down of beliefs about money; typically unconscious that develops in childhood. There are four money scripts that we will explore as a way to better understand our relationship with money.