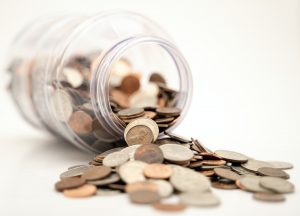 Yesterday we began a series on money and emotions; introducing the notion of money scripts (Klontz & Klontz). Typically developed in childhood, money scripts are unconscious beliefs about money that tend to be generational, cultural and contain only partial truths. Today we will explore the money belief pattern known as Money Avoidance.

Money Avoidance is based on a negative belief about money.  Money avoiders tend to pay less attention to their financial situation, will often experience the feelings of anxiety and shame tied to money, and tend to not have a good sense of control over their finances. In a study by Klontz et al, money avoiders were found to have lower or unknown levels of  income, and may self-sabotage so as to have as little in their control as possible.

“Essentially, money avoiders have negative associations to money; they may try to not think about money, ignore financial statements, overspend, enable others financially, and have difficulty managing a budget.”

An interesting note: it was discovered in the study that younger people are often money avoiders, but that this can change with time as they begin to understand and gain control over their financial situation.

The first step in moving out of a being a money avoider is to simply recognize that you may ascribe to such beliefs and avoidance behaviours. Exploring where the money script developed may also be beneficial in gaining a greater understanding of how it affects you.

Understanding that money is a tool that can be used for success is also important; as is being curious as to how money can be good. Getting financial advice, creating a budget and setting aside time in your calendar to pay bills will also help in keeping you on track.

Tomorrow we will explore the money script known as Money Worship.