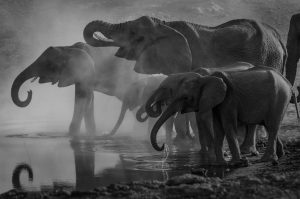 If you were lucky enough to have been raised in an open system, you are most likely carrying on quite nicely. The lessons we learn from an open system allow us to bring those principles to our own children. If, however, you were not raised in an open system but wish to have one, begin first by examining these characteristics, reading about secure attachment, and adopting a flexible and open thought process to what each individual brings to the group as a whole. Tomorrow we will close out this series with some coping strategies for dealing with a closed system as well working towards an open one.