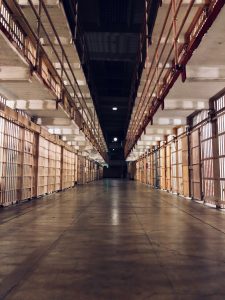 A recent article on CBC led me to a podcast entitled “Ear Hustle.” Ear Hustle, known as eavesdropping in prison lingo, is a podcast featuring Earlonne Woods, an inmate at San Quentin Prison who teams up with Nigel Poor, a visual artist, to bring stories of prison life to the outside.

In Episode 2, entitled Misguided Loyalty, Tommy Shakur Ross opens up about his decision as a teenager to involve himself in gang life. Nicknamed “the Joker,” Ross’s eventual choices and subsequent murder of someone landed him at the San Quentin Prison; 30 years later he is telling his story on Ear Hustle.

A message I particular resonated with is the self-reflective work that eventually led Ross to not wanting to be known as the Joker any longer. Earlonne remarks, “Prison does different things to different people. Some guys are the same guys that walked in here years ago; its like they’re frozen in time or something. Other guys, they change. They go through all the groups and shit and think about what they’ve done……….You can never change the facts of the case. The only thing you can do is move forward with your life and try to be a different person. Mohammed Ali says it best: the man who views the world at 50 the same way he did at 20 has wasted 30 years of his life. And if you are going to change, the story you tell about yourself has to change; and that’s true if you’re inside or outside of prison.”

Earlonne Woods has since been released from San Quentin State Prison after Governor Jerry Brown commuted his 31-years-to-life sentence for attempted 2nd degree armed robbery, commending the guidance he has provided to fellow inmates through his work on Ear Hustle. Woods and Poor continue producing the podcast in the media lab of San Quentin.

To listen to the 30 min podcast: https://www.earhustlesq.com/episodes/2017/6/28/misguided-loyalty

To read the article: https://www.cbc.ca/news/entertainment/ear-hustle-earlonne-woods-sentence-commuted-1.4964040

If you liked this post, consider subscribing. Daily advice will be delivered to your inbox, creating an anchor to your day.