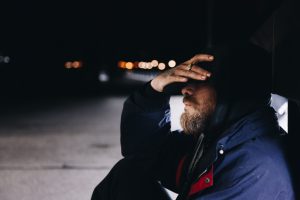 In a recent article I read titled “The Vicious Cycle of Post traumatic Stress: 4 Cornerstones of PTSD” by Sally Nazari, PsyD and featured on Good Therapy, she talked about how PTSD symptoms can often occur after experiencing a traumatic event. Dr. Nazari writes, “Many different types of events can be traumatic. Trauma responses can follow any major change disruption in a person’s life.” She goes on to write, “In the time immediately following a trauma, many people have experiences of PTSD. In some cases, those experiences decrease over time and the person naturally recovers. It can be helpful to think of PTSD as a process where something got in the way of that natural process of recovery.”

I especially like the last sentence as it helps to normalize to people that very often times their PTSD has developed as a result of not having been able to work through the acute stress response that happens after a traumatic event. She goes on to speak about the 4 cornerstones of therapy which she talks about as (loosely quoted):

It is important to remember that trauma happens to us and that we have no control over the event itself but rather only the treatment we seek in trying to manage the symptoms of PTSD.

To read the full article: https://www.goodtherapy.org/blog/vicious-cycle-of-posttraumatic-stress-4-cornerstones-of-ptsd-0607174