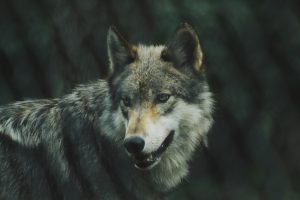 Today we add humility to our Seven Sacred Teachings of the First Nations People:

“Humility: Humility is to know yourself as a sacred part of the Creation. Symbolized by the wolf, humility is about being humble and not arrogant. The expression of this humility is manifested through the consideration of others before ourselves. In this way, the Wolf became the teacher of this lesson. He bows his head in the presence of others out of deference, and once hunted, will not take of the food until it can be shared with the pack. His lack of arrogance and respect for his community is a hard lesson, but integral in the Aboriginal way.”

Humility is a core value that we can often struggle with as it tends to lend itself to the idea of submission or being meek. I suppose where true humility comes into play is to know when to defer; if you don’t know something, you are much better served to say so than to pretend as though you do. It is about not allowing your pride to get in the way of true growth, working towards inclusiveness versus self-importance, it is to know the strength of power and to use it wisely. To know true humility is to know peace.