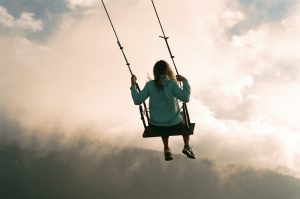 I have a client who by the age of 4 was being left alone to care for her two younger siblings. I have another client who has vivid memories of repeatedly having to get his mother to bed after she passed out on the couch from drinking too much. And yet another client who recalls by the age of 7, listening over and over to her mother’s financial and relationships problems; noting that by the age of 12 she was doing small chores around the neighbourhood to contribute to the household income.

All of these children carried a burden that was not meant to be theirs. When we are expected as children, to take on adult roles, we run the risk of becoming a parentified child. Sometimes those tasks are tangible in nature such as the parenting of younger siblings, sometimes the child carries the burden of taking care of their parent. In either case, the child grows up too fast.

What circumstances can lead to adultifying children? Very often, drug and alcohol addiction will render the parent from being able to care for the children, which by default leads a child to take over. Having a severely depressed parent can create the same result. Parents who create a confidante in their child can also run the risk of parentifiying their child as they begin to internalize the family stresses/trauma. Sometimes the death of a parent leads the remaining parent to lean too heavily on the oldest child to share responsibility.

Boundaries are not clear in such families, and children who are parentified will often marry someone who needs to be taken care of and are dependent in some way.  They default to  sacrificing their own needs for others, which can lead to feelings of loneliness; they often struggle with self-identity.

Being a parentified child is one of circumstance; but we can learn to re-parent ourselves. Tomorrow’s post will look at taking steps to reclaim who we are when we feel lost to our own childhood.

2 thoughts on “What Does it Mean to be a Parentified Child?”