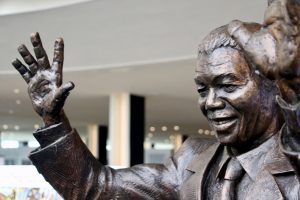 Nelson Mandela, best known for leading the resistance to South African apartheid, was incarcerated for almost 20 years, and then become President of South Africa from 1994 – 1999. Today we turn to some of his wisdom for inspiration:

Nelson Mandela was a lovely example of how one person has the ability to help create greater compassion and love for human kind. He was able to rise above his fears to tirelessly pursue his goals. As Nelson Mandela would say “Fools multiply when wise men are silent.”

1 thought on “The Wisdom of Nelson Mandela”