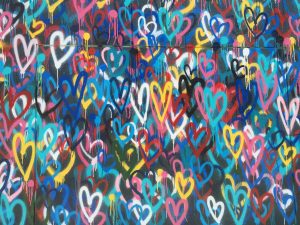 When I was about 8 years old, after my sister and I had come in from outside, I was singing to myself this little song the neighbour girls had taught us. “Eenie meenie, miney mo, catch a ‘n-word’ by the toe. If he hollers, let him go, eenie, meenie, miney, mo.” WELL! I will never forget my mother’s immediate reaction; to this little kid, I had absolutely no idea what was getting her all ruffled. She went on to explain of course why the use of the ‘n-word’ was so derogatory and that I was to never use it. It was quickly replaced by the word ‘tiger.’

During grade school at some point, we started saying “That’s gay” in response to something lame, and “That’s retarded” in response to something stupid or ridiculous. It was part of the ascribed slang, no different at the time I suppose than “That’s wicked,” or “Kiss my grits.” Except now when we say those expressions, they do matter. They are hurtful, disrespectful and defamatory.

Sometimes we slip up and accidentally say them, but if those types of expressions are a part of our everyday language, we need to change them. Kindness matters. Words matter. As Albert Einstein  once stated “The measure of intelligence is the ability to change.”